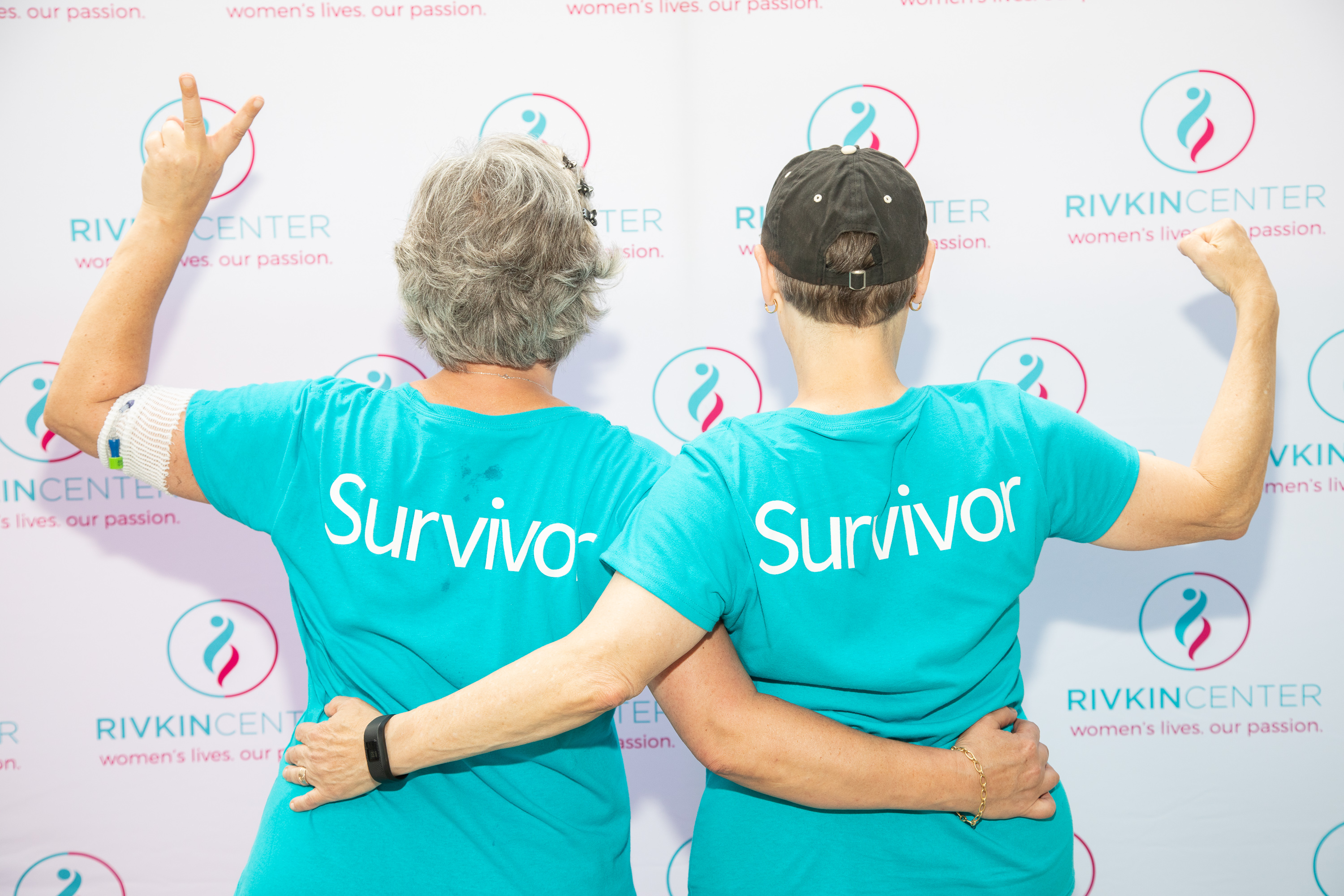 Ovarian cancer is personal. We walk and run for our moms, our wives, our grandmothers our daughters - for all women so that they can live longer, healthier lives.

Ovarian cancer is the fifth leading cause of cancer deaths among women in the United States and the deadliest of all gynecologic cancers. Unlike other cancers, the incidence and mortality of ovarian cancer have changed only incrementally over the past 50 years. This is primarily due to the lack of an accurate early detection test for the disease.

When caught in its earliest stages, ovarian cancer survival rates can be as high as 90%. But early symptoms of ovarian cancer are difficult to diagnose, are often misdiagnosed, or go undetected. This means nearly 75% of all ovarian cancer patients are diagnosed in advanced stages. Since its inception in 1996, the Rivkin Center has been a principle catalyst for national and international research efforts aimed at finding solutions to ovarian cancer.

The Rivkin Center’s mission is to improve women’s health by helping them prevent, detect early, and survive ovarian and breast cancer. We do this by:

We envision a world where women live longer and healthier lives because cancers are prevented, caught early, or cured.

The Rivkin Center is a Seattle-based 501c3 organization and was founded by renowned Swedish Cancer Institute medical oncologist Saul E. Rivkin, MD (now retired), in memory of his wife, Marsha, who lost her life to ovarian cancer.

The SummeRun & Walk for Ovarian Cancer was first started in 1994 by Dr. Rivkin and his five daughters after the loss of Dr. Rivkin’s late wife, and the girls’ mother, Marsha Rivkin, to ovarian cancer. Determined to turn their grief into something positive, they decided to step up and show the world that Marsha’s battle with ovarian cancer was over, but theirs was not. Ultimately starting an event and an organization that has become one of the largest private funders of ovarian cancer research in the country.

Because of the hard work of SummeRun team captains and participants and many other generous donors, the Rivkin Center has funded more than $15 million in grants to ovarian cancer researchers throughout the world and educated more than 40,000 people on ovarian and breast health.

We walk together, for the first time in two years. At the Rivkin Center, the health, safety and well-being of our community is a top priority, which was why the SummeRun was virtual in 2020 and 2021. We are excited to gather together, once again, as a community at our new location, picturesque Seward Park on July 17, 2022.

Ovarian cancer doesn't stop because of the coronavirus and our mission remains the same. We truly need your help now more than ever to raise the vital funds to help end ovarian cancer. Together we are stronger. Together we can do more.

Your login information was incorrect. Please try again or click here to have your information emailed to you.